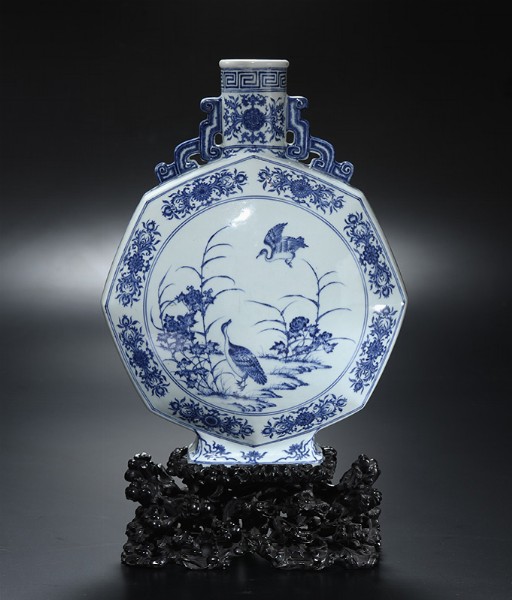 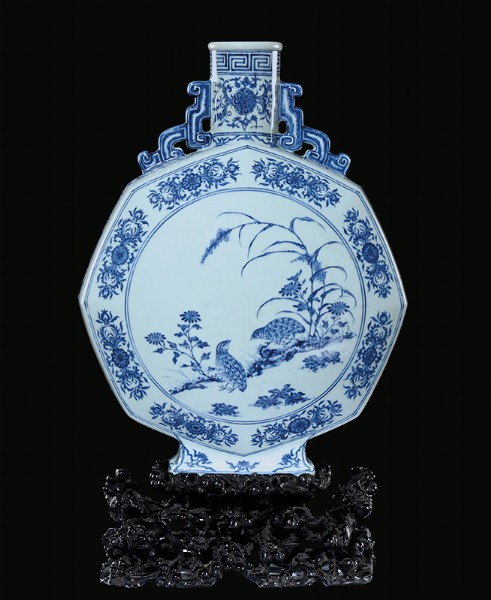 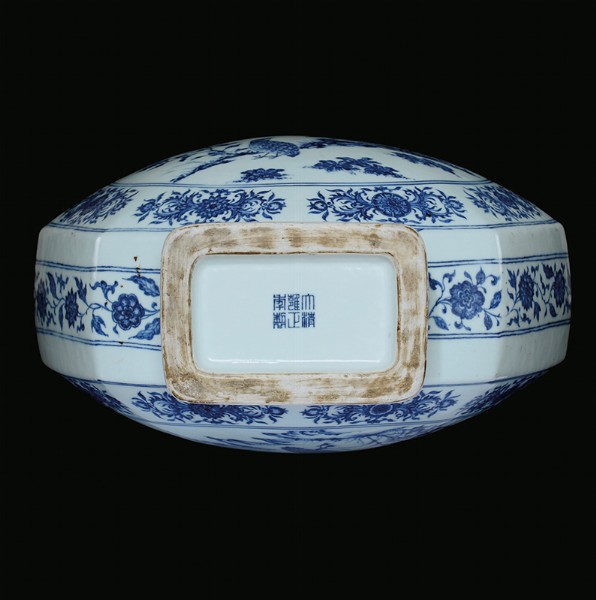 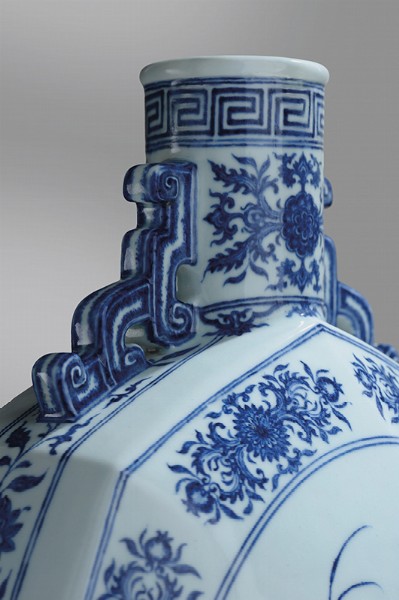 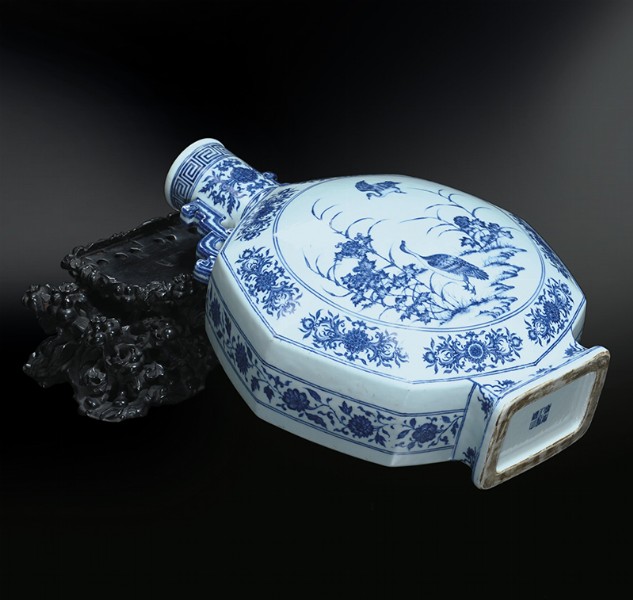 Cambi’s first Chinese Art Auction at Cambi’s headquarters in Milan, May 26, received 4.5 million euro with the sale of only 393 lots. The percentage of sold item is 50%, while the value is definitely outstanding - it amounts at 220%.

The credit is of the top lot of the sale, that this time was announced: a rare octagonal moon flask in blue and white porcelain of Qing Dynasty, estimated 200-300 thousand euro, sold for 2.4 million euro with the rights.

"At the end was won by an American merchant, who knows that it will next be seen in museums such as the Metropolitan?", says Dario Mottola, Cambi’s Oriental Art expert for this splendid artwork, who knows the value of the Moon Flask coming from a private collection in Tuscany, to which he has dedicated a separate catalogue. The Moon Flask, lot number 255, was sold at 12.30 at the end of the first round of the morning.

The auction challenge was between eight customers on the phone and a dozen dealers and collectors in the auction room with raises of 100 thousand euro each. "We selected the participants, and, in addition to the credentials, we asked for a deposit of 200 thousand euro just for the participation in the auction," says Mottola, revealing a less pleasant aspect of Chinese art sales: sometimes items purchased in the auction are not then withdrawn. "This has unfortunately already happened in 2013 with a Chinese screen, but we are certainly not the only ones to whom that happen." ,declares the expert satisfied for the excellent results. Among the top lots is lot 122, a sculpture "ruyi" of 41 cm in white jade and russet with relief decorations of bats, ideogram and plant motif, produced during the Qing Dynasty, Qianlong period (from 1736 to 1795).

The estimation was of 40-60 thousand euro and was sold to 310 thousand euro. Again, the lot 210, a large porcelain vase with polychrome enamel on yellow background with decoration of storks and handles double pumpkin and bats on the edge, China, Qing Dynasty Daoguang period (1821-1850), started from 40-60 thousand euro and sold for 124 thousand. "This is the largest catalog that I produced up to now, focusing on the selection of lots," says Mottola, confirming what was anticipated last TEFAF Art Market Report about the caution of the market for the ancient Chinese objects. They are risky for the buyers because they are often overestimated compared their low quality or thought to be real when in fact are late reproductions.

The Moon Flask sold by Cambi is a very rare object , "it could have achieved even more, but unfortunately the vessel is not healthy , the whole rim is destroyed, and this makes the result even more exceptional" said the expert. High 47.5 cm, the flask was made in China in the Yongzheng period, one of the most important periods for the artistic production, which covered just over a decade from 1723 to 1735. Even the octagonal shape is considered unique and the innovative ceramic from Qing period contributed to the rarity of the item.

The catalogue confirms the importance of the artwork, saying that: "There is one object that appeared on the market comparable in Christie's Hong Kong , Dec. 2 , 2010. Another similar example is found in the National Palace Museum in Taipei, and is illustrated in the Special Exhibition Catalogue of the K'ang - hsi , Yung -cheng and Ch'ien -Lung porcelain of the Ch'ing Dynasty in the National Palace Museum, Taipei, 1986, p . 67, no . 30 ".